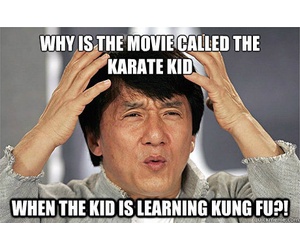 Neal Fletchers Bullshido Is In The Business Of Bashing And Business Is Good (articlesnatch.com)

Armed with a handful of sheep like members and paid supporters the self proclaimed mixed martial arts website sets out to promote its agenda, MMA, or more commonly known as mixed martial arts styles, by bashing other martial arts and attempting to destroy as many competing teachers as possible.

The sites Bullshido.com and Bullshido.net along with Socicide.com are known in the industry as a Troll Bridge which refers to the lurkers and monsters (posters) who hide in wait to attack the unsuspecting. This is the true underbelly of the internet says Dan Campbell an anti cyber stalking web specialist. Its sites like this that give internet forums a black eye, and cause legislators headaches on how to deal with their form of attacks.

Doing a google search on many martial arts teachers and schools who do not teach MMA will most likely see at the top of the results a Bullshido linkwith the terms Fraud and Fake in the caption. Many of Fletchers competitors have fallen victim to his tactics, so many that some are now questioning his claim of free speech, even when the wild claims made on the website are clearly fabricated in house.

So what is behind the success of these bashing hate websites? The answer is two distinct reasons. One, Neal Fletcher a one time martial artist turned promoter and MMA clothing salesman, also owns a one man company out of his garage that is in the business of manipulating Google search results for hire to web masters, as well as being paid directly from Google for advertising on the Bullshido web pages that slander and demean teachers and schools worldwide. The second reason is moderator, administrator and common poster Sam Browning a Connecticut lawyer who offers his services nationwide to see to it that none of the Bullshido victims can possibly get the false and misleading information removed from the Google search results.

Its this relationship between Google and sites such as this that raise eyebrows. When Google is clearly making cash off of bashing they have no reason to police itself even with the appearance of impropriety. The more elaborate or outlandish the claims made by Fletchers Bullshido gang, the more web hits and thus the more cash flow the website owners and Google make. So Fletcher has motive to keep things over the top regardless of the truth, and businesses like this hide behind antiquated laws that need to be addressed to protect the public and our teachers.

The bottom line is that Bullshido or Bull sells.

About the Author: J Herrington is an investigative reporter that has exposed industry abuses in the banking and finance industry as well as online scams and hoax web site reporting.