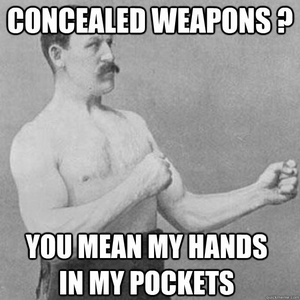 submitted 7 years ago by Ashida Kim to /forum/conspiracy

â€œNatural law â€” Godâ€™s law â€” will always trump common law,â€ said Alveda King, niece of Dr. Martin Luther King Jr., and a Christian leader in her own right, â€œGod will have the final word in this matter.â€

But, for now, Justice Anthony Kennedy has the final word.

Same-sex marriage is the law of the land, as the right of gays and lesbians to marry is right there in the 14th Amendment to the Constitution, which was ratified in 1868. We just didnâ€™t see it.

Tony Kennedy spotted what no previous court had detected.

The absurdity of the decision aside, it represents another stride forward for the revolution preached by Antonio Gramsci. Before we can capture the West, the Italian Marxist argued, we must capture the culture.

For only if we change the culture can we change how people think and believe. And then a new generation will not only come to accept but to embrace what their fathers would have resisted to the death.

Consider the triumphs of the Gramscian revolution in our lifetime.

First, there is the total purge of the nationâ€™s birth faith, Christianity, from Americaâ€™s public life and educational institutions. Second, there is the overthrow of the old moral order with the legalization, acceptance and even celebration of what the old morality taught was socially destructive and morally decadent.

How dramatic have the changes been?

Until the early 1970s, the American Psychiatric Association regarded homosexuality as a mental disorder. Until this century, homosexual actions were regarded as perverted and even criminal.

Now, homosexuality is a new constitutional right and New York Gov. Andrew Cuomo is marrying homosexuals in front of Stonewall Inn, the site of the famous 1969 gay riot against police harassment.

Similarly with abortion. It, too, was seen as shameful, sinful and criminal until Harry Blackmun and six other justices decided in 1973 that a right to an abortion was hiding there in the Ninth Amendment.

Did the Constitution change? No, we did, as Gramsci predicted.

We are told that America has â€œevolvedâ€ on issues like abortion and homosexuality. But while thinking may change, beliefs may change, laws may change, and the polls have surely changed, does moral truth change?

Are the Ten Commandments and Christian tradition and Natural Law as defined by Aquinas just fine for their time, but not for ours?

If what Justice Kennedy wrote Friday represents moral truth, what can be said in defense of a Christianity that has taught for 2,000 years that homosexual acts are socially destructive and morally decadent behavior?

Three decades ago, this columnist was denounced for writing that homosexuals â€œhave declared war on human nature. And nature is exacting an awful retribution.â€ Hateful speech, it was said.

Yet, when I wrote that line, AIDS victims in America numbered in the hundreds. Worldwide today they number in the millions. And there is a pandemic of STDs among Americaâ€™s young who have joined the sexual revolution preached in the 1960s.

And if it is an enlightened thing for a society to welcome homosexual unions and elevate them to the status of marriage, why have no previous successful societies thought of so brilliant a reform?

The late Roman Empire and Weimar Germany are the two examples of indulgent attitudes toward homosexual conduct that come to mind.

â€œNo-faultâ€ divorce was an early social reform championed by our elites, followed by a celebration of the sexual revolution, the distribution of condoms to the poor and the young, and abortions subsidized by Planned Parenthood when things went wrong.

How has that worked out for America?

Any connection between those fatherless boys and the soaring drug use and dropout rates and the near quadrupling of those in jails and prisons over the last third of a century?

One notes a headline the other day, that, among whites in America, deaths now outnumber births. This has been true for decades in Europe, where all the native-born populations are shrinking as the Third World crosses over from the Mahgreb and Middle East.

Any connection between the legalization of abortions â€” 55 million in the USA since Roe â€” and the shrinkage of a population?

â€œGod will have the final word in this matter,â€ says King.

Certainly, in the world to come, He will. Yet, even in this world, it is hard to recall a civilization that rejected its God, repudiated the faith and morality by which it grew great, embraced what was previously regarded as decadence, and survived.

Our utopian president may see ours as an ever â€œmore perfect union.â€

Yet, America has never been more disunited and divided â€” on politics and policy, religion and morality. We no longer even agree on good and evil, right and wrong.

Are we really still â€œone nation under God, indivisibleâ€?

The problem is, so long as we are all separate tribes that refuse to work together, the princes can easily degrade and feed upon us.

Eh, I disagree with this one. As the bumper sticker says, "Against abortion? Don't have one." But at least YOU get to decide and not some bureaucrat.

Yes, USA is becoming a 3rd world country like the rest of BRIC, but that can be attributed more to massive corruption, declining career-level jobs & no leadership.

"Those fatherless boys" are largely due to a certain ethnicity that doesn't have family values. Hispanics on the other hand, while often considered an underclass, all know who THEIR fathers are.

Agreed that the "wrong" people are allowed to breed indiscriminately while people that take care of their own decline.