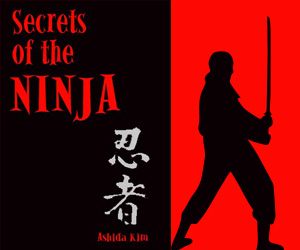 submitted 7 years ago by The Watchers to /forum/conspiracy

Has anyone else noticed that none of the tens of thousands of Syrian refugees fleeing their country's ten year long war are going to Saudi Arabia, where they have a common language and religion, plenty of empty land and billions of dollars to accommodate them? Instead they are flooding into Europe, not to Russia where they know they would be gunned down, but specifically TARGETING Christian only nations, using the kindness and charity of those people against their own countries to break the bank and destroy them.

This is not a "humanitarian refugee crisis."

It is an invasion, en masse, by an untrained and unfunded army, who will demand Sharia Law and special privileges of their new benefactors. This same tactic was used during the Berlin Wall crisis, to send spies and saboteurs across the border to infiltrate the enemy lands and corrupt them. The same tactic used by Castro when he emptied out his prisons and mental hospitals and sent them all to Florida during the Mariel boatlift. The same tactic used by the drug lords of Mexico to send thousands of illegal immigrants into the United States to burden the welfare system and milk Social Security dry. World War Three has been going on for a long time, but everyone refuses to admit it. They all just stick their heads in the sand and live in denial. The refugees in Europe whine that "all they want to do is work and make a better life." There are no jobs in Europe. The economy of the EU is on the verge of collapse. This will push it over the edge.

WAKE UP AMERICA! WE'RE NEXT!

The Watchers 0 points 7 years ago

Thatâ€™s what is happening in Europe as thousands of migrants flee their home countries, seeking refuge in the European Union. Germany, alone, is expected to have received 800,000 migrants by the end of the year, four times last yearâ€™s number.

German Chancellor Angela Merkel has suspended the EUâ€™s Dublin Regulation for Syrian migrants. Under the rule, writes The Telegraph, â€œâ€¦migrants can only apply for asylum in the first EU member state they enter, and face deportation if they try to apply in another. But Germany â€¦ has now ordered its officers to process applications from Syrians even if they have made their way through other EU countries.â€

Critics of the Dublin Regulation have called it expensive and ineffective. Many Syrian migrants reach Greece first, but decline to seek asylum there, preferring to push on toward Hungary, which is considered the gateway to Europe. Merkel has said she might reinstate border checks, which was a regular practice before the EU was created. She should.

That most of these migrants come from Muslim countries raises several important questions. The first is how many actual or potential terrorists are among them? Second, why would Muslims, many of whom believe the West is decadent and anti-God, want to come to Europe? Third, why havenâ€™t these migrants sought refuge in other Muslim countries, which one might think would be their first priority?

No nation, no continent, can survive uncontrolled immigration, especially when it involves people whose language, religion, culture and worldview differ â€” in some cases radically â€” from the countries to which they are migrating. Uncontrolled migration in Europe and illegal immigration in the United States spell an eventual death knell for both countries, which is, no doubt, the intent of ISIS, which is reportedly backing this flood of humanity. Will those flooding Europe eventually embrace European values, or when their numbers grow to the point where they form a significant percentage of the population, will the migrants demand that their values and religion dominate?

In the U.S., cries of â€œracismâ€ in the immigration debate have replaced sound reason. But this isnâ€™t about discriminating against people of a different language or color; it is about preserving what we have, not only for those of us who have contributed to making America what it is, but also for immigrants who would not only like to partake of our success, but contribute to it. If nations want to preserve the lifestyles and culture which they and their forebears have worked and fought to create and sustain for themselves, their posterity and for immigrants, borders must be controlled and assimilation must be a top priority for those who are allowed to enter. Otherwise, nations become disunited with competing subsets jostling for power, influence and benefits.

Those who support â€œopen bordersâ€ have an obligation to tell us when enough is enough. Must we wait until the American â€œliquid,â€ which contains the values, faith and prosperity from capitalism that built and sustained us through wars and depressions, is replaced by a different â€œliquidâ€? What happens when the â€œtakersâ€ outnumber the â€œmakersâ€? If we wait for that day to arrive before we act, it will be too late.

Yes, give us your tired, your poor, your huddled masses yearning to breathe free â€” but legally, in an orderly fashion and not en masse. And letâ€™s also learn what these migrants and immigrants likely mean by â€œfreedom.â€ If they mean Sharia law, that is not freedom for Europe, or for America.

If the EU and the U.S. fail to address this very real crisis, we and they are assisting in national suicide.