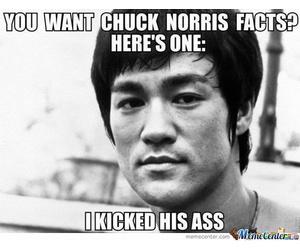 submitted 7 years ago by Ashida Kim to /forum/conspiracy

When future historians analyze the decline of America, they need look no further than the trivialities increasingly occupying our time and concerns instead of substantive matters seriously threatening our existence.

The latest in a long list of examples is the two-hour ABC special last Friday devoted to former Olympic athlete Bruce Jenner and his coming out as a transgender person. Two hours. Neither ABC, nor any other media giant, has paid that much attention to international threats from Russia, China and the rapid rise of Islamic fanaticism, not to mention the Bill and Hillary Clinton financial empire.

What is wrong with us? This constant feeding of our lower nature and fixation on what not long ago was regarded as bizarre, even perverted, is contributing to a warped culture and the devaluing of the qualities necessary to stabilize society. It is as if a lid has been lifted from the sewer and all the waste is now flooding the streets, posing a threat to our national well-being.

In his forthcoming book â€œ1920: The Year That Made the Decade Roar,â€ Eric Burns writes that the mass media, birthed in that year by the spread of radio, is largely responsible for diverting our attention from things that matter to things that donâ€™t.

This passage from the introduction fixes the blame: â€œIt began with radio, whose allies quickly became the newspapers with their tabloid value systems â€” and, in massing, the two media would form the most persuasive and pervasive of all American industries, as they went about making far too much of matters ever less consequential, the private lives of actors and singers, musicians and authors, comedians and athletes, heirs and heiresses, perpetrators and victims, millionaires and billionaires, and, later, disgraced public officials, pitchmen and anchormen, radio and TV talkers, sitcom stars, drama stars, game show hosts, chefs, bloggers, Internet jesters, and even carefully chosen nonentities, some of whom would headline their own sublimely unrealistic â€˜realityâ€™ shows.â€

Interest in the lower things is nothing new. As Mr. Burns wrote in an earlier book, â€œInfamous Scribblers,â€ Colonial journalism spread rumors and falsehoods that today might bring libel suits. The difference is that those rags were largely limited to the areas in which they were published. Mass media changed all that.

From Mr. Burnsâ€˜ â€œ1920â€ book: â€œFurther [the mass media] would report murders, robberies, fires, automobile accidents â€” these and more aberrations as if they were common occurrences. The mass media would make so much of them all that eventually a tidal wave of irrelevance would wash over the United States, and by late in the twentieth century the entire American lifestyle, the entire code of behavior and range of ambitions, would be unrecognizable from what it had been in the nineteenth.â€

The result has been: â€œThe country would have achieved the unachievable â€” the dumbing-down of its audiences as they sank into vapidity with gleeful abandon, as delighted with their plight as if they were riding the newest attraction in an amusement park.â€

All of this, followed by todayâ€™s social media, writes Mr. Burns, â€œwould transform the most powerful country on earth in its military and manufacturing might to a third-world nation in its tastes and values. So it is today; so it gives every sign of remaining.â€

Focusing on our lower nature instead of higher things gets you more expressions of the former and less of the latter. Failed nations usually rot morally from within before they are conquered by invading armies, or collapse under the weight of their immoralities.

America is rapidly rotting from within and too many of us are fine with that. Blame it on 1920 if you like, but subsequent generations, including this one, have renewed the lease on the banal and bizarre to our national shame, if we were capable of shame in an age when anything goes.