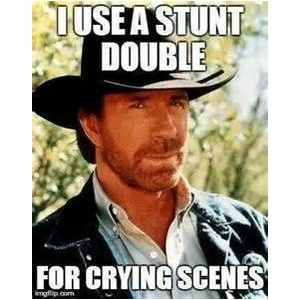 submitted 7 years ago by Ashida Kim to /forum/ashida-kim

Here is a completely unnecessary page of criticism. The blogger pretends to know something about martial arts but spends most of his time making smart remarks and trying to sound superior. Typical Attention-Seeking Behavior by an inadequate and inferior personality type with delusions of grandeur. "Splitting hairs" by saying that maiming and crippling are the same thing is a semantic argument, just an old debating trick. Means nothing. "Like me, you may wonder what screaming like a cat getting a bath has to do with fighting..." Obviously, anyone who is unfamiliar with the principle of the Kiai has no knowledge of martial arts. Therefore, any criticism, even that which is inflicted as "constructive," is merely jealousy in disguise. Has this little pimp ever traveled to South Africa, or anywhere else, and taught hundreds of people how to defend themselves? Has he been honored at numerous Halls of Fame by his martial arts peers and teachers? Does he even have a friend who would participate in filming a video, even a silly one? The answer, of course, is No... He is just a lonely little worm who has found a way to ventilate his lack of self-esteem online. Don't hurt him, just feel sorry for him. Whenever people like this think you are a celebrity it makes them feel unimportant. They think that "but for the hand of fate, there go I." But they can't. Because they don't have the self-discipline to practice and study. More the pity. This poor slob doesn't even know how to spell SCHLEP, it means to carry something clumsily or with difficulty, like his argument, so I guess he knows the definition, LOL The word he is using means "an awkward, unfortunate, maladjusted person," which he is, LOL Remember, it's nice to be important; but it's more important to be nice.

The Dark One 1 point 7 years ago

those who sell bullshit cry like little girls when they get called on said bullshit.