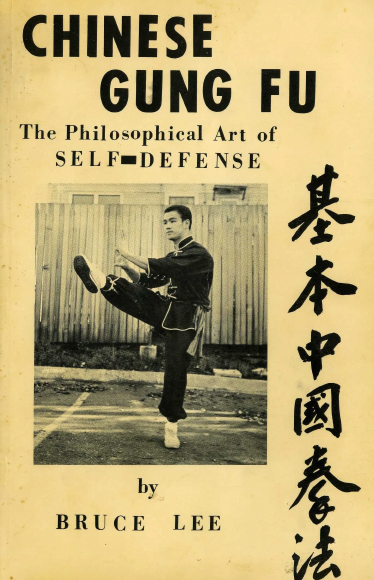 The Philosophical Art of Self-Defense

The new edition of Bruce Lee's classic Chinese Gung Fu: The Philosophical Art of Self-Defense rejuvenates the authority, insight and charm of the master's original 1963 publication for modern audiences. It seamlessly brings together Lee's original language, descriptions and demonstrations with new material for readers, martial arts enthusiasts and collectors that want Lee in his purest form.

This timeless work preserves the integrity of Lee's hand-drawn diagrams and captioned photo sequences in which he demonstrates a variety of training exercises and fighting techniques, ranging from gung fu stances and leg training to single- and multiple- opponent scenarios. Thought-provoking essays on the history of gung fu, the theory of yin and yang, and personal, first-edition testimonials by James Y. Lee, the legendary Ed Parker and jujutsu icon Wally Jay round out this one and only book by Lee on the Chinese martial arts.

Th center of the Far Eastern martial arts has been the art of Gung Fu, whose principles and techniques pervaded and influenced the different arts of Oriental self-defense. Because Gung Fu has been shrouded under a veil of utmost secrecy, it is very seldom heard of in the Western world as well as many other Far Eastern countries.

Gung Fu is for health promotion, cultivation of mind, and self-protection.

Lee Jun-fan, commonly known as Bruce Lee, was a Chinese-American martial artist, actor, director, martial arts instructor and philosopher. He was the founder of Jeet Kune Do, a hybrid martial arts philosophy drawing from different combat disciplines that is often credited with paving the way for modern mixed martial arts (MMA). Lee is considered by commentators, critics, media, and other martial artists to be the most influential martial artist of all time and a pop culture icon of the 20th century.