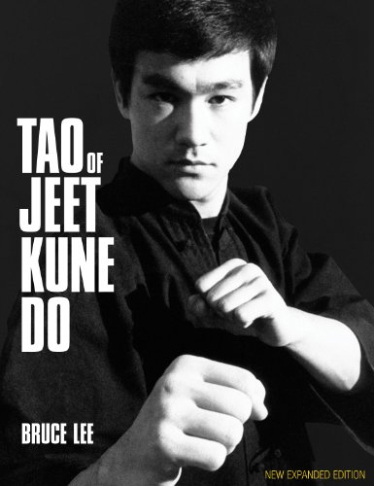 Tao of Jeet Kune Do

About Tao of Jeet Kune Do

Compiled from Bruce Lee's notes and essays and originally published in 1975, this iconic volume is one of the seminal martial arts guides of its time. The science and philosophy behind the fighting system Lee pioneered himself — Jeet Kune Do — is explained in detail, depicted through hundreds of Lee's own illustrations. With the collaboration of Lee's daughter, Shannon, and Bruce Lee Enterprises, this new edition is expanded, updated, and remastered, covering topics such as Zen and enlightenment, kicking, striking, grappling, and footwork. Featuring an introduction by Linda Lee, this is essential reading for any practitioner, offering a brief glimpse into the mind of one of the world's greatest martial artists.

The lead jab is a "feeler." It is the basis of all other blows, a loose, easy stinger. It is a whip rather than a club. Ali's theory is to picture hitting a fly with a swatter.

Its great advantage is that body balance is not disturbed and it is both an offensive and a defensive weapon. In offense, the lead jab serves to keep your opponent off-balance and paves the way for more severe punching. When used as a defensive blow, the jab often stops or effectively meets an attack. You can frequently slip in a sudden and disconcerting jab to the other fellow's face at the very moment he is about to let go a real punch at you. Used correctly, it is the sign of the scientific fighter, who uses strategy rather than force. It requires skill and finesse as well as speed and deception (broken rhythm). Keep in mind that there is nothing worse than a slow jab, except one which is telegraphed.

It is important that, upon shooting your lead jab, you instantly return your fist to its on-guard position, ready to punch again or to protect yourself from a counter-punch.

Lee Jun-fan, commonly known as Bruce Lee, was a Chinese-American martial artist, actor, director, martial arts instructor and philosopher. He was the founder of Jeet Kune Do, a hybrid martial arts philosophy drawing from different combat disciplines that is often credited with paving the way for modern mixed martial arts (MMA). Lee is considered by commentators, critics, media, and other martial artists to be the most influential martial artist of all time and a pop culture icon of the 20th century.